Phylogenetic trees of genus Oncidium Sw. based on analysis of DNA sequences

This dataset contains two image files with phylogenetic trees - the first one based on ITS analysis of 190 species and the second one based on the matK analysis of 154 species. The upper numbers above branches are the Fitch values and lower numbers are the bootstrap values. The information about geographical distribution is added.  The dataset includes also two NEXUS files (for ITS and for matK) with DNA sequences. 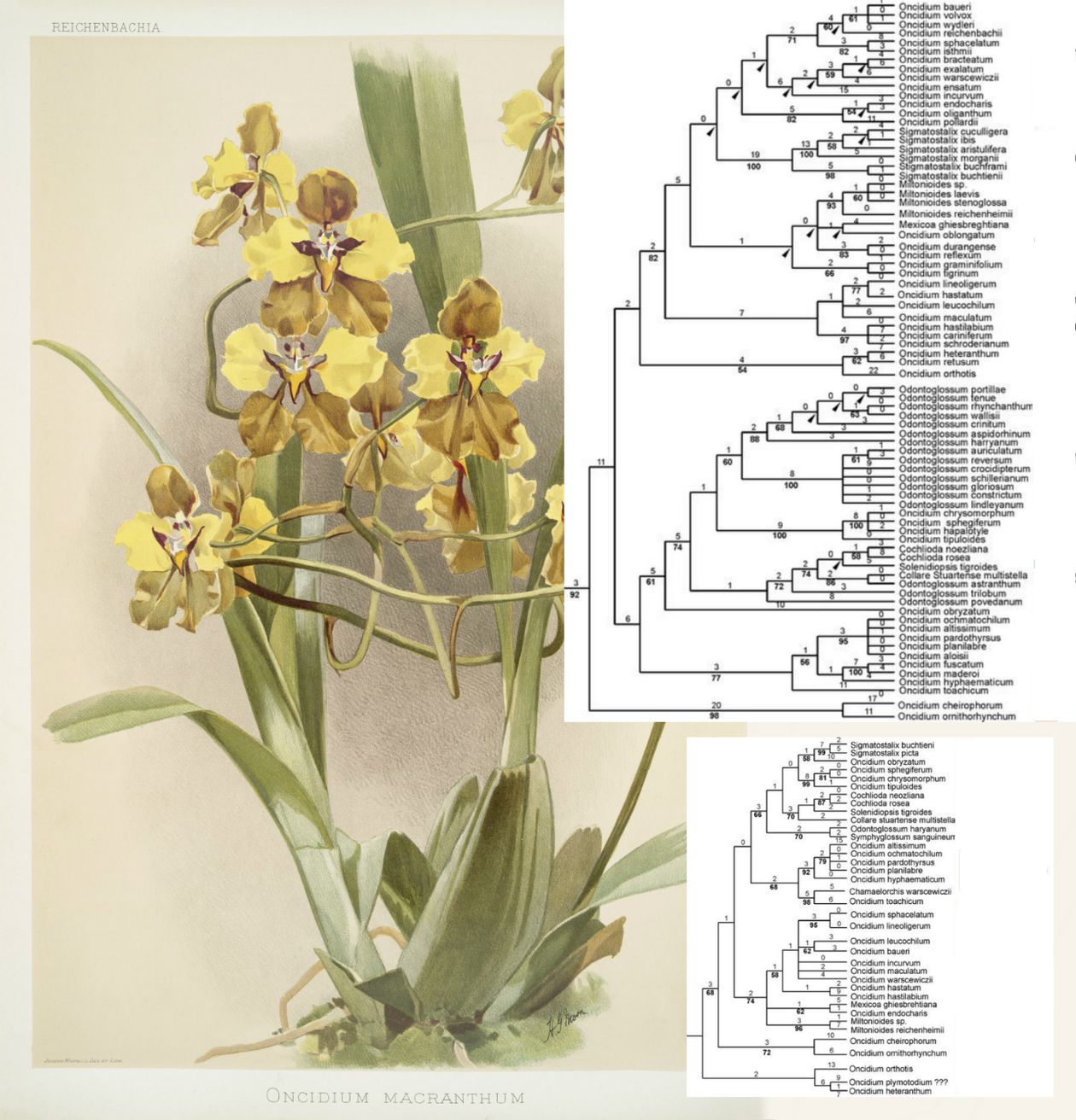