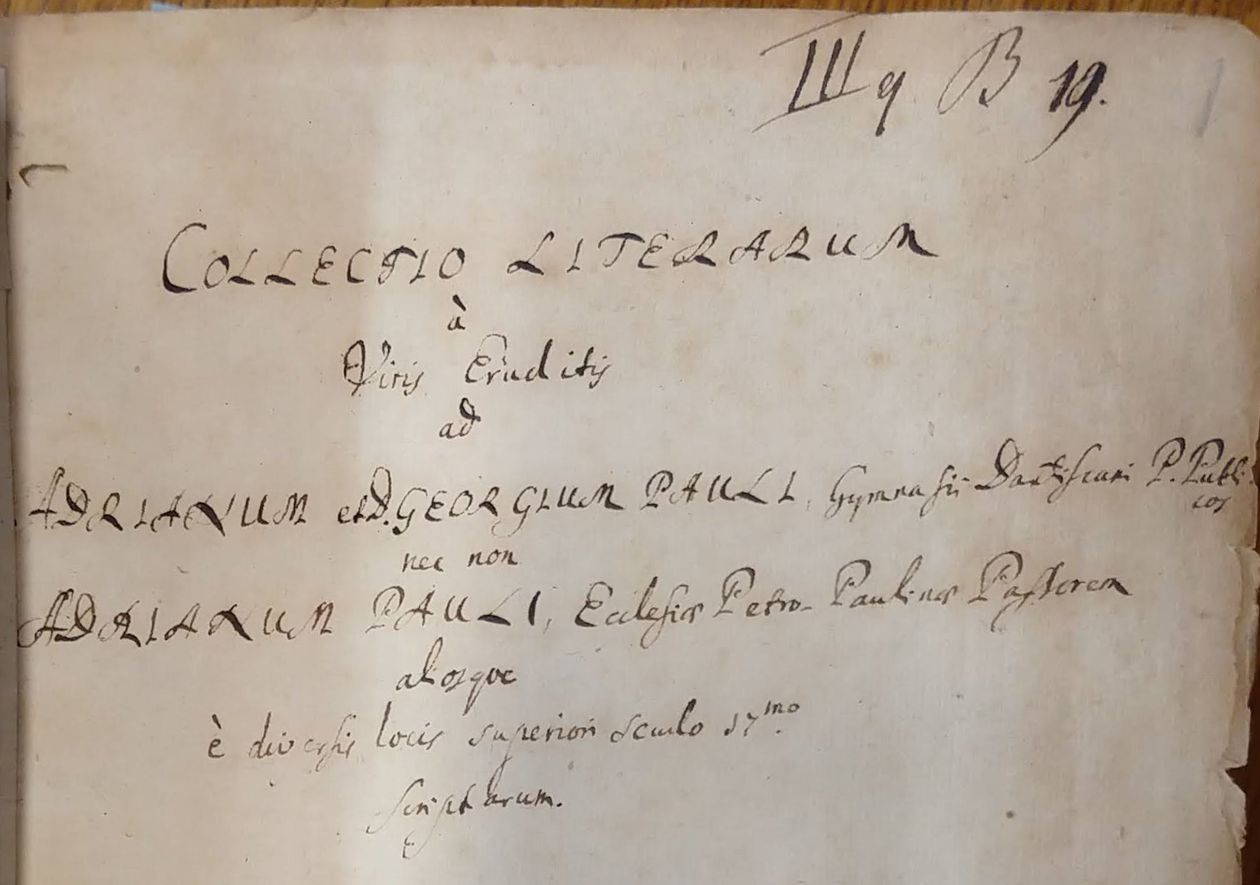 The data set contains two Latin letters by Georg Pauli (b. 1586 – d. 1650) to his brother Adrian (d. 1622) in photographs, transcriptions, and translations into Polish and English. The first letter was sent by Georg from Gdańsk (formerly Danzig) in 1604 when he was still a student at the local Academic Gymnasium. The second one, in turn, was written in Heidelberg (The Holy Roman Empire) three years later. The letters were sent to Adrian, when he was in Montpellier (Kingdom of France) pursuing medical studies.

The letters are held by the Gdańsk Library of the Polish Academy of Sciences as a part of manuscript with reference number Ms. 2450 (pages 373-378). Together with six other letters, they are among the oldest ones in the collection of correspondence of five members of the former Pauli family from Gdańsk (most of the letters were originally written between 1660 and 1680). All the letters from the manuscript Ms. 2540 are not originals. They were copied by an unknown person, not necessarily related to the Pauli family (although we cannot exclude a family connection completely). It seems that the copyist not only intended to save the originals (or earlier copies), he (or less likely she) might have also wanted to create a model set of correspondence for educated readers. For both reasons, the collection may have ended up in the library of Valentin Schlieff (1680-1750), a former historian and book collector from Gdańsk.

In this version of the data set, the transcription partly reflects an original orthography (e.g., we have kept the letter j) and partly follows the spelling recommended by the currently used Latin dictionaries. We acted differently with punctuation: since the original rhetorical punctuation (with cola and commata segments) is visible on the photographs, in the transcription usually we placed punctuation marks following the rules currently used in Polish.

The transcription and translation are the results of classes in textual criticism and editing techniques of Neo-Latin texts.

Nota Bene! If you intend to use the photographs included in this data set, we kindly advise you to indicate that the photographed manuscript belongs to the collection of the Gdańsk Library of the Polish Academy of Sciences.